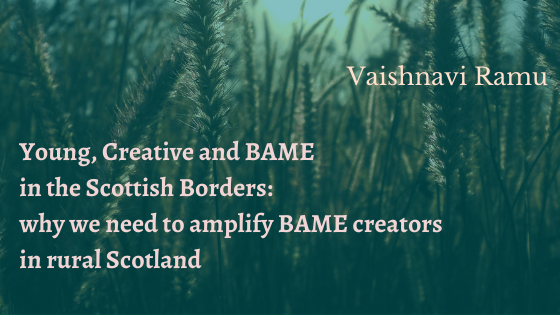 The Scottish Borders has a rich history of celebrating creativity. Abbotsford, the home of Scottish author Sir Walter Scott, is all but a ten minute walk from my home; Borders Youth Theatre was where many of my friends found a place to express themselves without the boundaries of school; The Borders Book Festival, one of the UK’s most famous literary festivals, takes place in Melrose every year. Yet, for a place that hosts creatives from across the world, the people that attend these places or events are still overwhelmingly white.

I have always wanted to be a writer, much to my parents’ anxiety at first. When I first moved to Edinburgh to attend university and study English Literature, people were shocked when I told them I found the city to be more diverse compared to where I grew up. Though once my friends came down to visit, they immediately understood what I meant; when you grow up in the Borders, Edinburgh is a cosmopolitan hub. To be surrounded by people who looked like me was something that I had never experienced before, at least in Scotland.

What I did find more surprising, though, was despite Edinburgh’s comparatively larger BAME population, the university still did not have many creative spaces for people of colour. I was delighted to find places like the Scottish BAME Writers Network, and certainly to actually see BAME people in creative societies. However, I would be lying if I said I I thought this was sufficient, because it simply isn’t. Often, it was me or just one or two other people of colour at any one time, which is not a huge improvement from where I grew up. I am glad to say that I have seen a number of changes since I started my degree almost four years ago, and not just in terms of creativity. From the creation of TintEd Magazine who seek to amplify BAME creative voices in Edinburgh, to groups like Racism Unmasked and BlackEd Movement; BAME folk are creating their own spaces. Nevertheless, it should not be up to people of colour to forge their way into the creative industries all on their own. All societies, groups and companies should be encouraging BAME voices to join them across Scotland.

Returning to the Scottish Borders

This brings me to the point where I moved back to the Borders last year due to the pandemic. Needless to say, I was a changed person when I returned, so returning home was a shock in more ways than one. Soon enough, I finished my coursework, and just weeks later the anti-racism protests following the tragic murder of George Floyd had reached the Scottish Borders; this was a conversation that was long overdue in these parts of Scotland. After finding like-minded people on Facebook, we formed our group Borders Against Racism. Sometime later, a friend of mine told me about a new group of Borders-based creators called Hadrian Creatives, and the series that they were working on, focussing on lives of people of colour in British rural areas. Once I met up with the co-founders (virtually, of course) they told me that one of their motivations for founding the collective was because of the lack of spaces for young creatives in the Borders. It was then they invited me to come join the group more permanently as a fellow creator.

The rest is history. At Hadrian Creatives, we’re working on the final parts of our series, as well as an animation alongside that. Through Borders Against Racism, I found Alchemy Film & Arts, where a few of us at Hadrian Creatives participated in their New Programmers’ Workshops. Indeed, I couldn’t be more grateful for all these opportunities.

However, as much as I’ve embraced these opportunities, once again I’ve often found myself as the only creative of colour in these spaces, and I would still love to see more BAME voices in the creative room.

Growing up in the Borders, I was lucky in many ways. However, there were times I wished that I could have shared my experience, both personal and as a creative writer, with other folk of colour. As an Indian woman of colour, I’m well aware of the push towards academics that still exists in our community; creative careers are still not seen as a viable option. Teachers at school often assumed that I was going to study medicine or a STEM degree, and my parents were more than taken aback when I told them that I wanted to study English Literature. Consequently, whenever I did do something creative, I often felt like I didn’t belong or that I was doing something wrong.

Yet, I also realise that my experiences is only one of many in the wider BAME community; I recognise that I have a privilege too, as South Asians are one of the larger minority communities in the Borders. My experience is not the same as that of someone who identifies as East Asian, or Black; these nuances must be acknowledged and reflected in our creative spaces too.

The Scottish Borders has offered people with a variety of brilliant creative opportunities in the past, from Borders Youth Theatre to Galashiels Amateur Operatic Society. What we need now is not only to keep these programmes alive, but to carve out more creative spaces, including those that encourage members of the BAME community to join. When I moved to Edinburgh, I learnt that there were creative spaces that were exclusively for people of colour; something that I didn’t know could exist. From magazines such as gal-dem, amplifying the voices of women and non-binary people of colour; to Black Ballad, a magazine amplifying the voices of Black British women. It is more than possible to have similar creative spaces right here in the Scottish Borders too. People in the Indian community that I come from can see that a creative career is not impossible, or something to be ashamed of, but an option that is entirely possible for their children. Furthermore, members of the BAME community can feel they are not simply diversifying a predominantly white space – something which I often felt growing up – but have the freedom to fully explore stories that represent them too. People of colour have had a presence in Scotland’s rural communities for much longer than many realise, and it is time for this to be reflected across our creative communities. I want the next generation of young BAME voices to have what I didn’t: the opportunity to unapologetically express themselves. 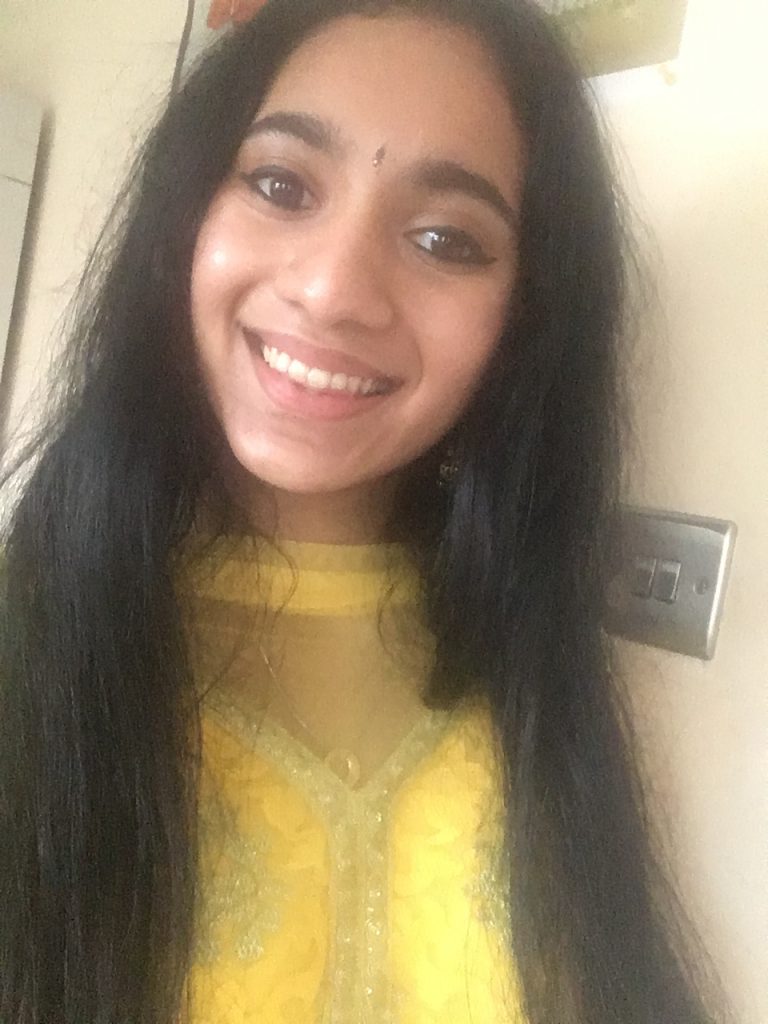 Vaishnavi Ramu is a writer and 4th year English Literature student at the University of Edinburgh. Born in Livingston and raised in the Scottish Borders, she has written for The Student, The Rattlecap, Rattlerood and Clitbait, among others.