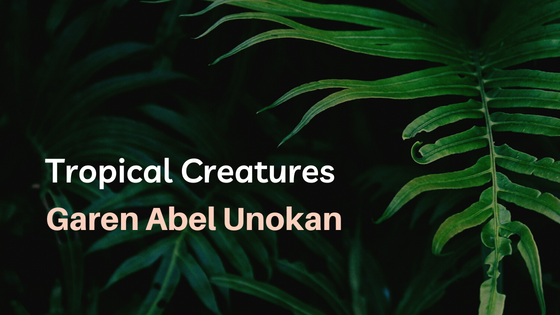 One of my favourite poems, Gate 4-A by Naomi Shihab Nye, says that when you travel, you should “[always] carry a plant. Always stay rooted to somewhere”, so it was a point of pride when none of my houseplants died during the 400-mile move from South London to Edinburgh, arriving instead with stems and leaves and branches all intact.

However, I wasn’t ready for how they drooped after my first few weeks in Edinburgh. This city shares a latitude with Moscow, and I was reminded of that every time I frantically moved them with the light. It took much longer to notice how I myself was wilting, because we have all number of myths about why we’re “falling behind”, each one less charitable than the last. It felt like getting out of a bath every time I stepped outside, and I would sometimes miss daylight hours altogether.

I caved earlier than I wanted to this year and put the heating on in mid-September. My houseplants have been thriving. Despite the dwindling light and the frequent temperature changes, my monstera grew a whole new leaf and my yucca plant stood taller and straighter than it ever had before, new needles poking out sharp every day. It wasn’t until I was dusting off their glossy new leaves and caught sight of my own unusually shiny hands that I realised: of course, we’re doing well in the heat — we are both tropical creatures.

I was surprised to learn that cheese plants are actually native to the lush rainforests of Central America, sometimes reaching 20 metres in height; yuccas normally grow in the Caribbean and parts of North America and even flower with enough light and warmth. Scotland doesn’t even come close to the tropical conditions they need and yet they still flourish in their pots, the monstera even needing a pole to wind its aerial roots around, lest it lean over too much and break under its own weight. Seeing them thrive in conditions they aren’t best adapted for begs the question: “Where is home? And what does ‘home’ even mean?”

“South London” was my answer to that question for a long time, saving the truer answer of “South London via Sapele” only for those who would understand what that meant. And despite the fact that it would be a quarter of a century before my feet would ever touch the soil of my ancestral homeland, I always referred to Delta State, Nigeria as “back home” just as my parents did, with eyes and heart looking backwards, even as our feet moved forwards into the future.

What struck me most about my first visit was the contrast between the Sapele from my mother’s stories and the one I stood in. As a child, my mother had played with her siblings in a village so lush that she could pluck fruit from trees as a snack for the walk home from school, a village so green that you could set your calendars by the annual rains. Maybe that’s why she enjoyed England’s temperate climate so much. London might have been thousands of miles away geographically and culturally but the essentials she needed to make a home were there — lots of rain, lots of vegetation, and an area of the city you could circle in an hour on foot and wave hello to your neighbours.

Every time I shook the almost-Saharan dust from my feet to enter yet another relative’s home, I would feel confusion and then panic. The Urhobo language is already in danger of dying out for want of being taught to the next generation — will the land we belong to disappear next? How do we keep traditions and languages from dying out when the very land they come from is in mortal danger?

I’m not alone in this dread. At time of writing, parts of Nigeria are being buffeted by floods that have killed over 600 people and displaced more than 1.4 million people; Pakistan is still reeling from some of the deadliest flooding ever experienced by the country; and the United Nations High Commissioner for  Refugees estimates that 1.2 billion people could be displaced by climate change by the year 2050. Parts of Australia and North America are slowly becoming uninhabitable despite, or maybe because of, colonialism’s best efforts, and our insatiable appetites for beef and palm oil and timber mean that hectares of rainforest are disappearing every single day. The idea that the very place from where so many of our beloved houseplants originate might actually disappear if we don’t radically change how we live is a very bleak one.

The threat of being disappeared also lies in so-called sanctuaries: so many countries who appear to open their arms wide to refugees do so with the condition that people forsake all their cultural attachments and assimilate completely.

Sadly, it’s not unusual at all for people to live in places that don’t love them back the same way. I was still in London for the UK’s many lockdowns and watching venues and shops that were cherished parts of the community shut down for want of government help made me realise that the city of possibilities I grew up in now only existed for incredibly rich people. It would be possible to grow in such hostile soil — to spend most of my time elbowing away and crowding out other people for the right amount of resources I needed. But just as conditions can be changed by the people living in them, those same conditions can change the people beyond recognition. I knew that if I wanted to thrive — to not spend the vast majority of my earnings and savings on rent, to not choose between transport and heating — I would have to leave. It is an intentional choice to make the soil of a city so barren and hostile to growth, to make it so that we all have to fight for the same amount of resources and care, and at a certain point, you stop blaming the people who deliberately strip away the things that make life feel humane and enjoyable, and start fighting your neighbours. You start to naturalise the idea that manicured golf courses are higher priorities than public spaces for wildlife because they’re more profitable.

Maybe this is an overly pessimistic view of migration and movement — just another second-gen kid being melancholy about a romantic, mango-scented past that never actually existed. Cultures and traditions blossom and transform in unexpected places all the time: jollof rice as an essential part of the Sunday roast, getting Chinese food in when you don’t celebrate Christmas, Diwali fireworks in Leicester. Maybe it’s an act of love and bravery to keep your traditions going in a place that’s in direct opposition to them, to put down roots wherever and whenever you are so that through adaptation, you and your descendants down the line will always flourish.

I’ve adapted, and will continue to find ways to do so. Whenever I find myself squinting through the winter gloom, I step outside to get some sun or switch on my SAD lamp. I bought a grow light on eBay. And whenever I turn on the radiator (rarer these days), I bring my plants into the same room and mist their leaves. We huddle together in the warm humidity, knowing that you carry home with you, and that it is a place you must make over and over again.

Born in South London but now Edinburgh based, Garen Abel Unokan is interested in narratives around coming of age, autonomy, loss, and transformation, with a focus on queerness and Blackness. With work published in the New Yorker and Black Ballad, she finds inspiration in the occult, mythology, and the ocean.