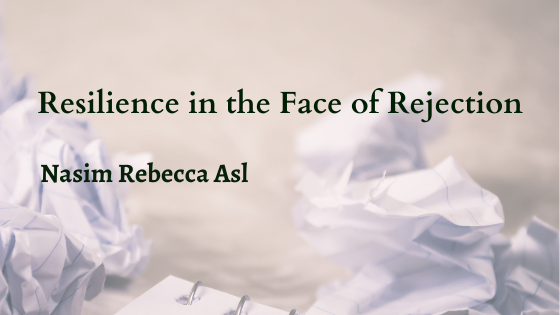 Every writer who has ever taken the brave, bold step of trying to be published will have also received the dreaded rejection email. After a frenzied burst of applications in April and May, I’ve recently experienced a flurry of rejections, and each one left me cringing at my laptop, a dull ache spreading across my chest and embarrassment bubbling in the pit of my stomach.

Before last summer, I simply deleted rejection emails. For the last year, they’ve been unceremoniously thrown into a subfolder in my inbox. As a working journalist, I’m used to rejection. Whenever someone rejects or cancels an interview request I immediately move on to the next idea. I don’t dwell on the Nos – but my poetry is different.

It hurts each time an editor or judge decides to select other people’s work instead of mine. For days I feel inferior and find myself doubting my talent, intelligence and skill. My mood and confidence sours, and I feel dread at the thought of submitting anything as I expect to be rejected again.

Perhaps I take rejections so personally because creative writing itself is so intrinsically personal. So much time, emotional and intellectual labour goes into the creation of any writing, even fictional work. I have considered the arrangement of every word and each image has been drawn from the glowing corners of my brain. The same piece would be an entirely different thing if it came from the imagination of someone else. It is unique to me. So, when a stranger made of pixels tells me that my poetic offspring does not make their cut, it feels as though they’ve weighed my work on their scales of success and deemed me not worthy.

Reach out to others

When tears pricked my eyes after a recent rejection, I reached out to my community of talented writers to ask for help and guidance. The advice I received has already changed my creative practice and rewired the way I think about rejection, something we all objectively know is an unavoidable part of the writing journey but something we’re not taught to navigate.

The first suggestion that really struck was to see rejections as a learning experience. Most rejections feature at least a couple of positive and encouraging words about your work; one writer recommended I copy these comments and add them to the spreadsheet I used to keep track of submissions so I don’t see these as “as outright rejections but small successes” instead. Now, checking the spreadsheet is turning into a validating and encouraging experience, rather than an uncomfortable one.

It’s only by submitting more and more, I’ve been reminded, that the odds of acceptance are increased – “it’s a numbers game”, Zebib Zibiz pointed out. The more inboxes your work finds itself in, the more likely it is it’ll find someone who loves it. I tend to fish in a single spot, waiting for specific publications, but in doing so I forget there’s an entire ocean of opportunity out there. By submitting more broadly and casting my net out wider, chances are I’ll get a bite. The adage I was raised with, shy bairns get nowt, has never felt so true.

A No now is not a No forever

The vast majority of opportunities will come around again. Magazines open seasonally and prizes, submission windows and awards tend to be annual. A No now is not a No forever – and time between these windows is time in which we can only grow as writers. Our work will not wilt with increased maturity. It will be richer and have more life. It will be better.

Dean Atta’s advice to see poems as returned, rather than rejected, has reframed the way I view rejections. I would immediately see no value in my rejected work, and deem them failures – but returned pieces are opportunities. As Maisie Chan has experienced, rejected pieces can find new life in a different medium, or they can be revitalised, remoulded and reworked after their return. There’s something exciting about the potential and hope a returned work brings.

Social media is full of writers celebrating publication after publication. When confronted with these posts after facing your own rejections it’s incredibly easy to see yourself as a failure. Only by “normalising conversation about things not working out” (Pauline Jeremie) can we embrace and encourage writers to see past their latest round of Nos and help those at the start of their careers realise that they’re part of a much bigger tradition of rejection. Knowing you’re not the only writer who faces rejection is validating. It helps to not be alone in this.

Motivated and inspired by my peers, I responded to my recent rejectors, for the first time sincere in my thanks to them. One told me they’d also been rejected that morning. It’s been affirming to remember that rejection touches all writers, even those we hold on pedestals. The poem that editor returned has already been dissected, reconstructed and sent back into the world. Perhaps this will be its final evolution, or maybe it’ll find its way back to me in 3-4 weeks. Now, I’ll be grateful either way. 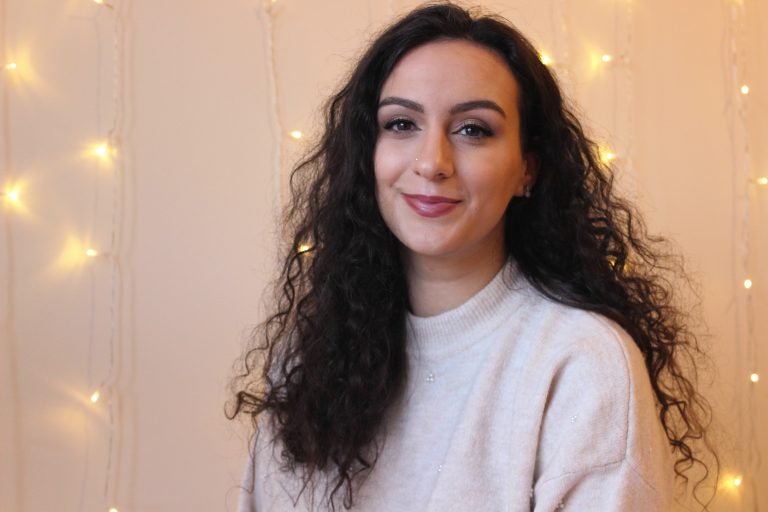 Nasim Rebecca Asl is a Glasgow-based poet and journalist. Her poetry has featured in Gutter Magazine, Middleground Magazine and Modern Poetry in Translation. She was nominated for the 2018 RTS Scotland Young Journalist of the Year Award and in 2021 received a Scottish Book Trust New Writers Award for Poetry.