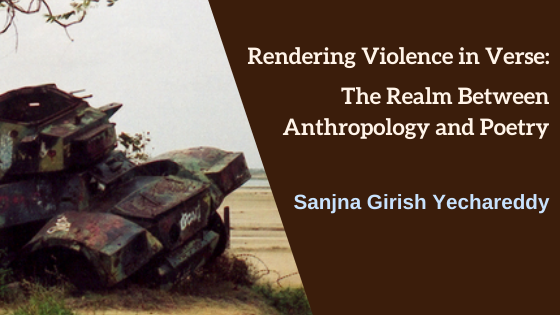 Checkpost breaks reverie
of a lulling serpentine journey
entwined with tea hills
An armed guard’s voice
asks for ID
I freeze. I do not have any.

Ravaged by conflict for 30 years, the end of the war brought conditions of relative peace in Sri Lanka. The Sri Lankan civil war was about the struggle for autonomy and divisions along linguistic and cultural lines drawn and etched on an island. It was a war of a Sinhalese state fought against a Tamil separatist movement that also saw a separatist movement turning violent against their own. During a war, tentacles of violence puncture everybody’s lives, but the wounds are far deeper and do not heal for some. In April 2019, 10 years after the ‘official’ end of the war, Sri Lanka witnesses bombings across five provinces on Easter Sunday. Experts write in commentaries how this incident tore apart an already fractured nation. People dip in and out of the murky waters of the past civil war in attempts to grapple with this incident. The constellation of actors involved in violence has shifted. The Sri Lankan government positions itself against the Islamic militant group which carried out the attack but also against the minority Muslim community. Emergency laws descend along with a ban on the burqa. The end of the war does not signify the end of conflict, my supervisor says. I arrive in the hilly town of Kandy, Sri Lanka, a month after the bombings – a 21 year old student who is aware that she does not know enough but is determined to set herself on the process of knowing as much as she can. I’m grateful that despite the uncertainty, my internship has continued.

I have naively believed
that all tension
has been dissolved
like kithul jaggery.
No ghosts swim in hot tea.
Peace feels as lotuses
set afloat on seafoam
always at the risk
of drowning
in dissipated uncertainty

The sheltered bubble of university cannot prepare one for fieldwork. My intended plan for my fieldwork in Sri Lanka was to understand how grassroots women’s groups and collectives evolve into NGOs due to post-war aid flows. The aim was to study the effects of violence thought to have ended. But when I arrive, I see threads of violence past coil around violence unfolding in the present. On TV screens, in university classrooms, in convention centres, in the library, at the dinner table – vapours of anti-Muslim and Islamophobic sentiments fill spaces. I feel it settle on people around me – especially my host family, a retired Muslim couple whose children have moved abroad and who live alone. The more I seem to wrap my head around, the more questions emerge. I struggle to pin down these questions and follow the paths they leave, while trying to continue with my research plans. I note down what I see in a document titled “Internship Log” on my computer and leave it at that. Violence seems now as a spiked coil, piercing through the fabric of a given space and time at different points. What one can record and see depends which of these points are visible. The rest stretches on and on, below the surface.

We are a strange group
an elderly couple –
my host family
and two young women.
The vermillion marks
on our foreheads
enough to dispel
assumptions about ancestry
draws stares as we stand next to aunty.
Head cocooned in a cream saree,
she insists on taking us
to the Sita temple
although they cannot enter.
When we return, she is eager to know
how the temple moves
with the sound of the river
Uncle stares outside the window.

I don’t write poetry in Sri Lanka. I only devour Jean Aranasagayam’s poetry collections, driven by an inexplicable hunger. I later find out that Jean Arasanayagam lives in the same town, 20 mins by rickshaw from the research centre. The librarian who tells me this offers to arrange a meeting. I agree enthusiastically. Jean passes away before I can meet her. Born into a minority Dutch community and married to a Tamil writer, Arasanayagam wrote incisively about her experiences of violence and displacement arising from the intersection of her marginalized identities. She writes about fleeing and not fitting within the moulds constructed by the nation state. It’s standard practice, my professor says, when an anthropologist chooses to study violence, they go to South Asia. At the university I’ve spent the past year in, there is much talk about what South Asia is, about who is and is not South Asian. We speak and speak about which labels each has picked for themselves, the ranking of these labels and which each person chooses to adorn themselves with daily. I quickly realise that conversations about South Asian-ess mostly happen outside of the subcontinent; where one can peer at one one’s own life left behind from a distance. Similar to looking at fish from outside the fishbowl, nose against the glass. In Sri Lanka, I’m often mistaken for Sri Lankan, until they realize I am unable to respond in Sinhala or Tamil. Foreign researchers in Sri Lanka are usually always white but I embody both a kind of sameness and separation as an Indian woman. This causes both confusion and connection.  I have no country but self, Jean writes1.

At the post, guard’s eyes
bore into aunty’s ID
her piece of paper
absorbs suspicion gracefully.
He walks over to me
“Not Sri Lankan”, aunty explains
I fumble and hold up
an expired university card
a plastic explanation
of my existence here
Silence fuses with the afternoon.

The process of doing fieldwork as an anthropologist commands all the senses of a researcher. An anthropologist creates knowledge by using their senses to observe, process and record observations and interactions in the field. These are then translated into research outputs that circulate in academia. The same processes of observation, awareness and reflexivity that drive fieldwork underlie poetry. Anthropoetry – poetry born from the process of doing fieldwork –  holds everything that a conventional research output cannot; that which slips between the cracks of published journal articles and books. It pushes us to rethink how we draw boundaries between forms of writing and what hierarchies exist between them. In order to communicate the complexities of experience, with communities residing far from the paywalls that guard academic research, dissolving these boundaries seems urgent and necessary. I only discover the term anthropoetry a year after returning from Sri Lanka. When I do, I feel something click; a feeling of finding the space between two venns, allowing me to evolve into both anthropologist and poet. A poet-anthropologist setting up a station in the area marked by the hyphen to pursue questions of violence and memory. To occupy this space and wield words to make meaning about violence comes with a responsibility to the people who live in precarity everyday. I realise that I will trace the constantly morphing shape of this responsibility, for as long as I am able to write.

The checkpost opens
its bladed lips
to let us pass.
“Maybe we look like terrorists”,
aunty says with a soft laugh
her words settle
on swirls of mist
I try to catch
between my fingertips –
my only souvenir from our trip.

Nobody sleeps for the rest of the journey.

1. Arasanayagam, Jean (1991), I Have No Country But Self, Reddened Water Flows Clear, Forest Books. 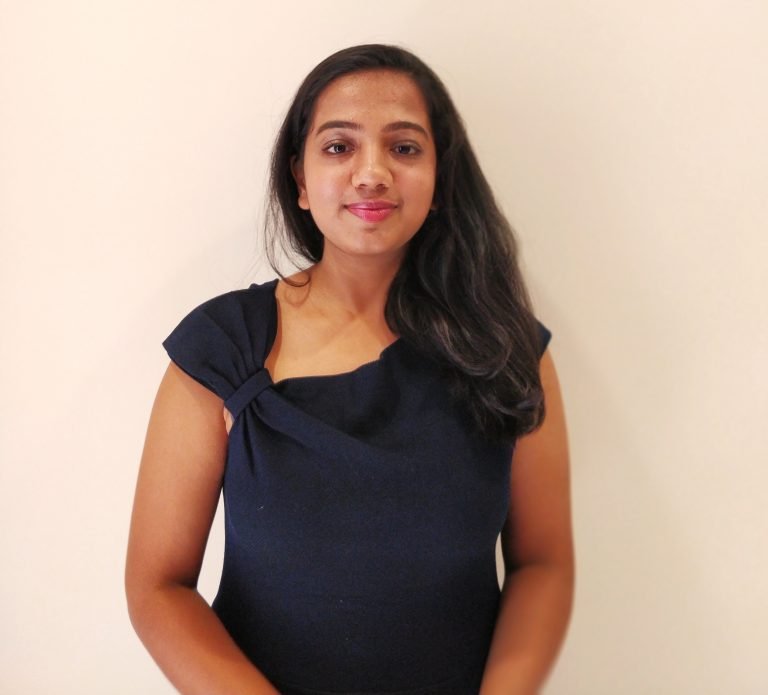 Sanjna Girish Yechareddy is a poet, researcher and archivist. The cities of Bangalore, Edinburgh, Philadelphia and Kandy have contributed to making her who she is.  She hopes to continue exploring the intersections of anthropology, poetry and philosophy. She (occasionally) posts poetry at @sanjna.y.poetry.