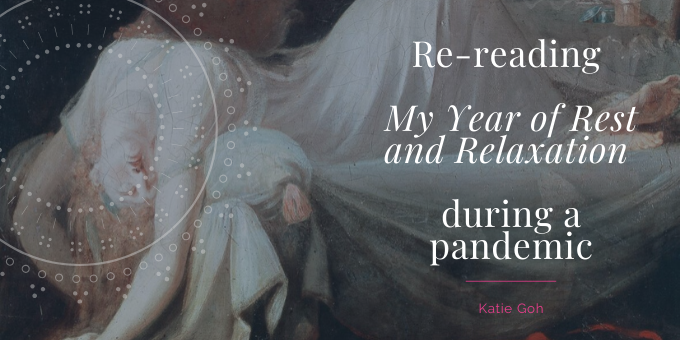 When Ottessa Moshfegh’s My Year of Rest and Relaxation was published in 2018, it was heralded as a “dark state-of-America fable” – a warning in the form of a time capsule. Set 20 years ago (9/11 takes place as it ends), the novel’s unnamed protagonist decides to take a year off from her life by sleeping through it, something she’s able to do as a wealthy orphan who has inherited a small fortune.

Disgusted at herself, her friends and the world around her, Moshfegh’s protagonist believes that unconsciousness is the solution to reconnection. Thin, white, blonde and rich – a perfect mask for her laziness, revulsion and misanthropology – she’s viewed as a success just for the body and society she’s been born into. She decides that “[g]ood strong American sleep” is the answer to her emotional apathy, reeling off a list of drugs to aid her: Neuroproxin, Infermiterol, Maxiphenphen, Valium, Nembutal…

The only thing she’s actually good at is concocting chemical recipes to help her fall into unconsciousness, which often lasts for days.

The protagonist’s solution – to cut herself off from the world around her by drugging herself into oblivion as a means to better herself – brings me back into my present, two months into government-mandated lockdown. Our contexts are very different. Her lockdown is self-inflicted, mine will hopefully help hinder a worldwide pandemic. But I find myself relating to some of her impulses: the desire for sleep, a cloudy numbness, the inability to focus, a protective yearn for hibernation, to severe ties from everything and anyone outside the home.

But even before self-isolation, Moshfegh’s novel felt so urgently contemporary, despite it technically being historical fiction – just swap out Juicy Couture sweatpants and Tommy Girl perfume references for Kardashian slimware and Glossier. Even though the protagonist is living pre-social media, her constant impulse to fill every waking moment with VHS tapes, alcohol, food or drugs to numb herself is similar to our relentless appetites for online content. The rage tweets, Facebook engagement photos, 30-day Instagram challenges, likes and retweets – these emotions turned into code stimulate, occupy and waste our days before we head to bed.

When I first read Moshfegh’s novel in 2018, I thought the ending was about liberation. Now, rereading it in two months into lockdown, I think it’s about delusion.

Occasionally news manages to slip through the protagonist’s net of consciousness: reports of global floods, earthquakes, fires, blizzards, shootings, bombings. She acknowledges them before ignoring them and going back to sleep. These things are beyond her worry, both as a drug-induced narcoleptic and wealthy American. Sometimes a dated reference would startle me out of my reading. Oh yeah, this is set in the past; it just feels so present.

By the end of the novel, the protagonist’s sleep project has become a kind of performance art about rebuilding a new, better version of her self. And she does seem to be different after her year off. She’s more calm, spends time outdoors, eats properly, reads, listens to jazz, visits art galleries, sleeps without drugs. “I was like a newborn animal,” she says. She is making her future, she decides. But it’s only the privileged that get to remake their future; everyone else struggles through it rent to rent, paycheck to paycheck. At the end of My Year of Rest and Relaxation, we’re left with the question of whether the protagonist has really changed.

When I first read Moshfegh’s novel in 2018, I thought the ending was about liberation. Now, rereading it in two months into lockdown, I think it’s about delusion. The protagonist’s year of rest and relaxation is the same language as the resets, detoxes and retreats that the wealthy enjoy; the desperate hope that a yoga retreat can change your soul. It reminds me of the rhetoric of this lockdown – about resetting, resting and relaxing. For the privileged who can live comfortably for a few months, off work and housebound, this is a time for becoming a new, better version of ourselves, to try new recipes, bake sourdough, plant a herb garden, learn to knit, write that novel.

“I was soft and calm and felt things,” Moshfegh’s protagonist says in the last pages of the novel. She is certain she has been reborn by cutting herself off from everyone around her. I worry that I’ll feel the same in a few months’ time, all of us, like her, coming out of hibernation, thinking we now know how it feels to be alive at the expense of others’ suffering. 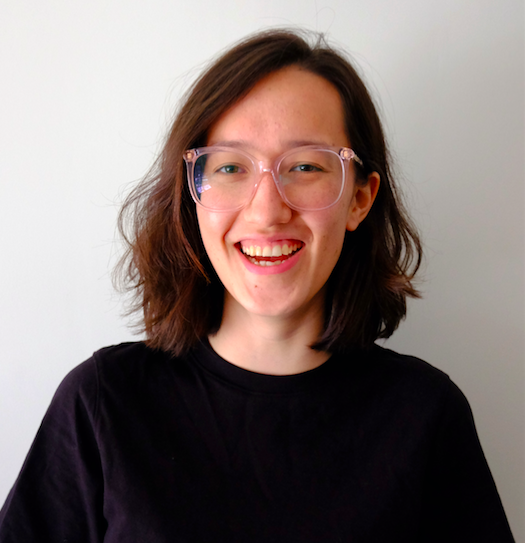 Katie Goh is a freelance writer based in Edinburgh, covering culture and social issues for Huck, i-D, Vice and The Independent. She is also Intersections Editor and acting Books Editor for The Skinny. She tweets @johnnys_panic.