On Having a Portfolio Career by Krishan Coupland

It’s a question so common that it’s almost a greeting. We say hello. We trade names. We each ask what the other does. That’s the formula which begins a great many social interactions. For networking events it’s almost a ritual.

But it’s a difficult question. It contains multitudes. When we ask, “What do you do?” we are also asking a dozen other things, implicitly. We are asking, “How do you earn a living?” We are asking, “Why are you here? What kind of person are you? How do you fit in?”

We are asking the person in front of us to provide us with some information to inform the conversation we are about to have… and perhaps even the entire course of our acquaintance.

And it’s a question which, until recently, I really struggled to answer.

The functional truth is that I do many things. My work consists of a constantly varying combination of freelance writing, publishing, content creation, video editing, game design, and busking. At different times I inhabit different roles. In August, during the Edinburgh Fringe, I am a full-time busker. At other times of the year I subsist on freelance writing, or devote myself completely to running a small poetry press.

No part of the work I do feels more important than any other. No one thing generates the majority of my income. And so that pervasive, simple-sounding, introductory question usually left me stumped.

When we ask, “What do you do?” we are also asking a dozen other things, implicitly. We are asking, “How do you earn a living?” We are asking, “Why are you here? What kind of person are you? How do you fit in?”

Attempts to summarise my career always required clarification. And, more often than not, that clarification started to feel like an excuse. My career composed of a bit of this and a bit of that felt improper. My work was piecemeal, disconnected, disparate – a Frankenstein monster of a job. I had, it sometimes felt, fallen through the cracks, ending up working in a way that – whilst enjoyable – wasn’t as real or right as being an executive or a technician or a data analyst.

I felt as though, rather than inhabiting a job, I was instead getting away with a made up one.

This apprehension was worsened by the fact that the world seemed to agree that my way of working wasn’t proper. No systems were designed to accommodate it. Professional development schemes were for people who could be specific about their industry. Banks and insurers had no entry for me in their dropdown list of jobs.

To make things easier for myself – socially, at least – I’d simplify. I’d tell people that I was a freelance writer – something that was a significant part of my work, and which was generally understood. I never mentioned any of the other things I did; it was easier by far to not include them.

…All job titles were fabricated. That no category had any more right to exist than any other. That, in being between two things, I could be a third thing, and that this was, more to the point, entirely valid.

Where are you from?

While this approach made life significantly easier, it also bothered me no end to be so imprecise. The feeling was similar to the way I felt about my default response to another question people frequently asked: where are you from?

Just as with my work, the temptation is to simplify. To give an answer that, while not accurate, at least conforms. Naming a place with certainty is better that reeling off a list, or giving two answers when one is expected.

I changed the way I answer both questions at around the same time. I can’t remember exactly when that was, but it was shortly after hearing the term “portfolio career” for the first time. The phrase, banal as it was, gave me a huge feeling of relief. There was, it turned out, a name for what I did. There were other people who did it. It was a thing after all.

Just having language to refer to myself was enough to effect a transformative change in the way I felt about my work.

Which felt absurd. The term which I identified with so strongly was a completely invented one, a neologism. Someone, some time ago, had fabricated it from thin air. It was as made up as I had been convinced my work was.

But it created a space. Or the idea of a space. It made me realise that all job titles were fabricated. That no category had any more right to exist than any other. That, in being between two things, I could be a third thing, and that this was, more to the point, entirely valid.

Existing between categorisations is difficult, and picking a side is not an elegant or useful solution. When we wedge ourselves uncomfortably into categories where we don’t fully belong we sell ourselves short. We miss connections because of the imprecision of our speech. We miss opportunities. We me make poorer connections with the people we do meet. We erase valuable parts of our selves, our work, our existence.

Instead, we can create new categories. Infinite and overlapping ones. We can decide to be between things, and that to be between is to be a thing in and of itself. You are not piecemeal. You are mixed. You are not getting away with straddling a line. You are creating your own line, your own place in the world.

You have a portfolio career. As far as careers go, it’s as real and solid and good as any other. 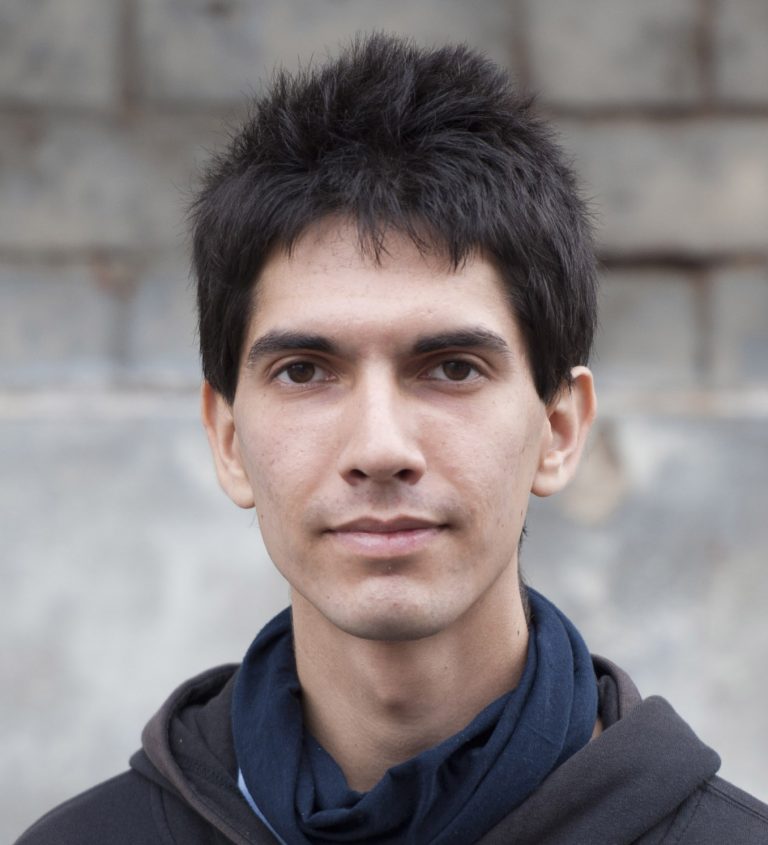 Krishan Coupland is a graduate from the University of East Anglia MA Creative Writing programme. He writes, makes games, runs a small press, and sometimes busks with a typewriter. He has won the Manchester Fiction Prize, and the Bare Fiction Prize. He is unduly preoccupied with service stations.