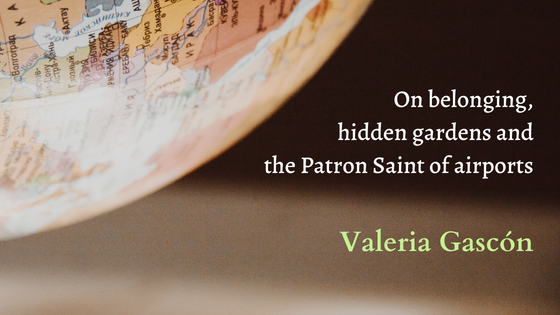 I have shapeshifted so many times since I left Mexico four years ago that I sometimes don’t recognise myself. I’ve become a combination of heartache, bliss and resilience from learning to move among languages, oceans and perspectives.

Home became a liminal space that sprouted from the friction of the two worlds I inhabit. I will always miss being home, no matter where I am. Though now here in Scotland, the word home holds a weight filled with oceans and a distance I can barely grasp. I have an altar in my room in Glasgow, with candles to the Patron Saints of lost causes, delayed flights and airports. This altar is like a portal; I know there is another one at my sister’s house with candles she lights every time I get on my flight to visit them. I’m 26 hours and two planes away from my family (chosen or related); if my little sister or a friend needs me, I will always arrive late. Absence has become my currency, and only celebrations of love or death are reasons large enough to cross the ocean. I’ve missed birthdays, graduations, quinceaños and everything in between. Whenever I receive a photo or a video from someone sharing something important with me, the realisation I’m a continent away hits me. Still, I tell myself that missing out on it’s worth it, even when sometimes it’s hard to believe.

Moving continents meant I chose to break my heart into pieces, taking one with me and leaving the others in pledge. It’s true what adrienne maree brown says, “the broken heart can cover more territory.” My heart loves new places and new people, but she also hurts for the ones left behind. I have learned to love and grieve in a second language. I only speak about my dad in English; I only cry for my dad in English. I can not bring myself to write about him in Spanish. He’s still alive there.

I’ve learned that my accent and the colour of my skin are what many people see first of me. Sometimes even before my humanity. The question “where are you from?” is a stone or a flower thrown at me, and until it lands on my skin l can’t discern when it will be which. Even so, I carry the rhythm of my rivers in my accent, and I refuse to tone down my r’s because they were meant to come out of my mouth dancing, not weary.

I am the first of my family to venture into arts and academia and the first one to live in the UK. I didn’t do it alone; they carried me here. Everyone pitched in with words, money and love to make it possible for me to be here. In return, I brought my ancestors with me. I like to think they got to see snow and the Highlands for the first time through my eyes. I know they’d like what they see.

What I’ve most recently discovered about being a Mexican living in Scotland was something I realised while writing this: I’ve never been put in a box as often as I have since I lived here. And I have never been more free in my life either. These two things can be true at once. People consider the most random things part of my identity because they have read it or seen it somewhere, with narratives created outside my culture reinforcing stereotypes. It took a lot of strength and stubbornness to fight against the feeling of inadequacy that grew up on me after constantly being put in labels I didn’t choose. And this is how I’ve also been the freest ever. I’ve learned to trust myself and detach from the stories others put on me. Once I freed myself from who I was supposed to be, I was able to create my own narrative, away from the roles imposed on me growing up.

Adaptation was not a choice but a must for me to survive. I had to learn to grow a root system within myself, to know it was me —and no one or nowhere else, who I belonged. Now, I carry these roots wherever I go, knowing any soil I lay them on will be enough for me. Belonging starts from the inside, and I know now that I can grow my own garden wherever I decide if I’m patient enough with myself.

I keep coming back to what Maya Angelou once said: “you only are free when you realise you belong no place — you belong every place — no place at all. The price is high. The reward is great.”

It is, indeed. Ms Angelou is always right. 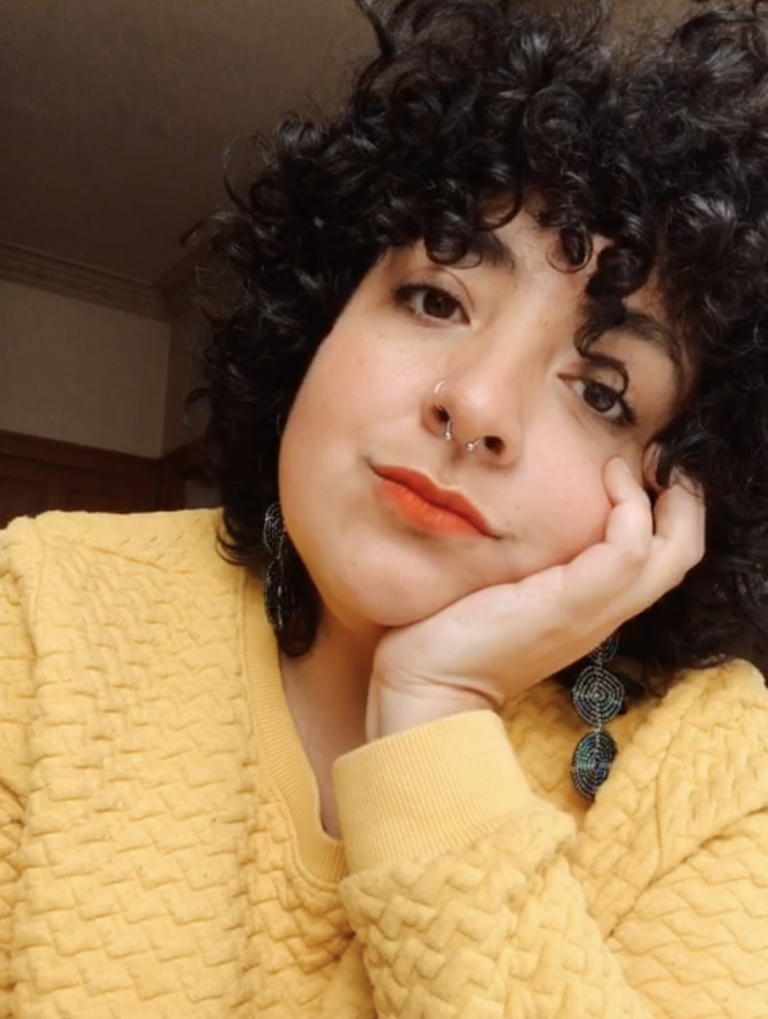 Valeria Gascón is a writer and illustrator. She centres her work around grief, storytelling and (what seems to be at first sight) the ordinary and simple everyday life. She is pursuing her PhD in Interdisciplinary Studies, focusing on playlists (yes, the ones full of songs) and how they are an instrument to process and tell our life stories. Valeria is from Chiapas, southern Mexico, living in Glasgow, Scotland.