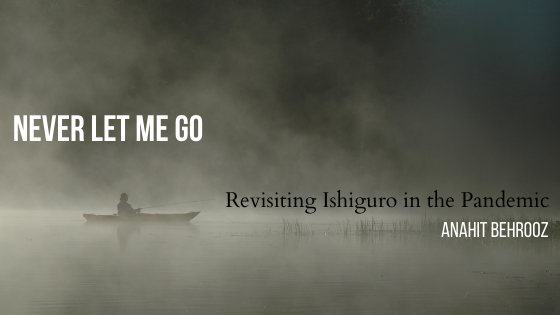 Never Let Me Go: Revisiting Ishiguro in the Pandemic by Anahit Behrooz

Since the moment I first encountered it, Kazuo Ishiguro’s Never Let Me Go has haunted me. From when I saw the film in 2010, unsettling and unexpected in its muted period aesthetics, to the countless times I have turned through the pages of the book, reading and rereading the now familiar words, the story’s acute sense of loss – sinister in its mundanity – lingers with me for days afterwards. The story is narrated by a young woman Kathy H, 31 and near the end of her life, as she looks back on her childhood and early adulthood with her close friends Ruth and Tommy. Kathy’s seemingly innocuous story – of deep, painful friendships and the ache of coming-of-age – unravels against a dystopian backdrop where it is revealed that clones, such as Kathy and her friends, will “donate”, that is have their organs harvested in adulthood, in order to prolong the lives of the more privileged.

I use the word dystopian, but there is perhaps a certain arrogance to the categorisation that I wonder if Ishiguro would himself resist. Ishiguro wrote Never Let Me Go in 2005, at the height of Western neoliberalism, a politics that inherently designates certain lives as more valuable than others. The novel itself is set in an alternate 1980s and 1990s Britain, a period which in our timeline saw the slow erosion of the welfare state under Thatcherite and Conservative rule. I read and reread it through the 2010s, as austerity politics gripped Britain and thousands of the most vulnerable died. I picked it up again in 2020, in the middle of a global pandemic, as public health policies worked to protect the lives of the privileged at the expense of the ignored, with BAME people the worst affected by the virus. Increasingly, it seems, we are watching the boundaries between Ishiguro’s science fiction parable and our own reality collapse.

Turning to the book this month, I am however somewhat taken aback, having forgotten how little is made explicit about the biopolitical structures of this alternate world that systematically butchers young people to keep others alive. For most of the novel, Kathy doesn’t delve into the historic or scientific context that has led to her nightmarish fate, accepting her situation as the only reality that she knows. Instead, Ishiguro eschews the showiness of dystopian world building for a focus on the affective, interior lives of those who have been deemed expendable. Kathy’s reminiscences are richly detailed, tinged with nostalgia and regret as she attempts to piece together not the circumstances leading to her approaching death, but the shifting relationship between the friends she lost long before they died.

Increasingly, it seems, we are watching the boundaries between Ishiguro’s science fiction parable and our own reality collapse.

“I’d remembered it because it had puzzled me at the time,” Kathy explains thoughtfully about a strange conversation she is retelling to the reader. “I was upset, no doubt about it, though I don’t know if I actually cried,” she considers when recounting a childish tiff. “What I remember now is that I went down the staircase burning with shame and resentment…though if you’d asked me to define what I was so upset about, I wouldn’t have been able to explain.” The bulk of Kathy’s narrative is an exercise in memory and introspection, a declarative statement of her complex inner life and humanity in the face of the dehumanisation she is made subject to.

The science fiction element of Never Let Me Go, encapsulated in the violent biotechnology that binds the clones and other humans together, is only expanded in the penultimate chapter of the novel, a chapter almost unbearably dense with loss and systemic indifference. Kathy and Tommy visit an old teacher from Hailsham, the idyllic boarding school that they were raised in, to discover if they might defer their organ operations for a few years as they are in love. Here they find out not only that such a deferral is not, and has never been, possible, but that Hailsham itself, “an example of how we might move to a more humane and better way of doing things,” has been closed. Clones such as Kathy and her friends are considered subhuman; initiatives such as Hailsham that are intended to improve their lives fail precisely because they would demand an acknowledgement of the human subjectivity of the clones. “Suddenly there were all these new possibilities laid before us, all these ways to cure so many previously incurable conditions. This was what the world noticed the most, wanted the most,” their teacher explains to Kathy and Tommy. “They tried to convince themselves you weren’t really like us. That you were less than human, so it didn’t matter.”

So many times this year, I squeeze my eyes shut and imagine everything that we have lost, that we have had taken away from us, might reappear. That we can somehow undo the systemic expendability of life that has permeated every aspect of our existence.

It is a state of the world that is, this year and every other year, too familiar. Reading around the novel, I come across two studies of Ishiguro’s work by Justin Omar Johnston and Bruce Robbins, both of which demand why the clones never resist, why they never stand up and tear the hospitals apart. Kathy’s tone throughout the narrative is not one of anger, but one of muted acceptance. In the last decade of her life, she becomes a carer, looking after other clones who are undergoing the surgical processes to remove their organs one by one, thereby becoming complicit in the very system that enacts such violence towards her and those like her. Even the vocabulary of “donations” used throughout their society implies a volunteerism that conscripts the clones within their own deaths. Yet for me, Never Let Me Go resounds so utterly because the clones do not resist. Because the horror has been normalised and systematised and bureaucratised and they, for the most part, come to accept it. Never Let Me Go works because it is not a fetishisation of individual rebellion and revolution, but a frank examination of the pervasive, overwhelming nature of certain types of power. It works much like Margaret Atwood’s The Handmaid’s Tale, because it depicts a reality that is dangerously possible, that has been possible and starkly real for many people around the world.

There is a line from Never Let Me Go that has settled deep inside my mind and under my skin, that plays over and over in my head in moments of sharpest grief. In the very last page of the book, as Kathy stares out alone over a field, she tells us “I half-closed my eyes and imagined this was the spot where everything I’d ever lost since my childhood had washed up, and I was now standing here in front of it, and if I waited long enough, a tiny figure would appear on the horizon across the field, and gradually get larger until I’d see it was Tommy.” So many times this year, I squeeze my eyes shut and imagine everything that we have lost, that we have had taken away from us, might reappear. That we can somehow undo the systemic expendability of life that has permeated every aspect of our existence. Yet Kathy’s tragic reality, and our own, is that some things cannot come back. There are some things – the intimate, the banal, and the precious – that are not recoupable. Everything and everyone who were once possible, and that now simply…aren’t. Is it any wonder that Never Let Me Go has haunted me for so long. 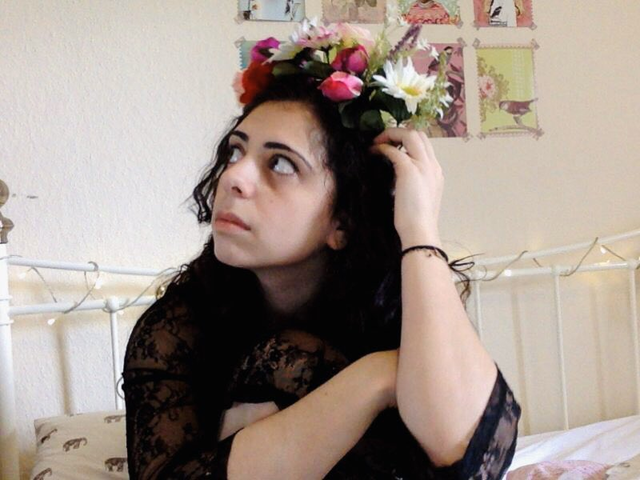 Anahit Behrooz is an arts journalist based in Edinburgh. She currently works as events editor at The Skinny, with words in The List, Girls on Tops, Bella Caledonia and others. She likes beautiful films about women, old bookshops, and Dan Levy’s eyebrows.