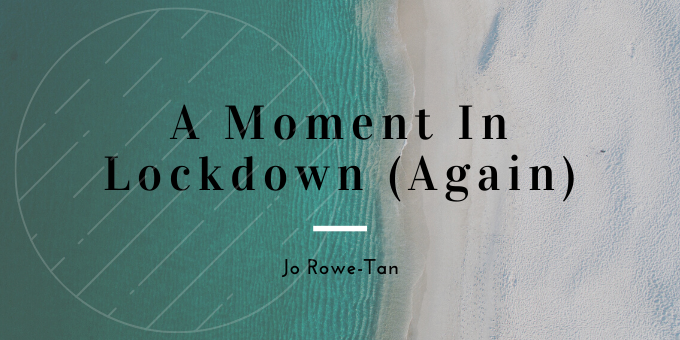 A Moment in Lockdown (Again) by Jo Rowe-Tan

That was the last time I left my house. A week later we were under official lockdown.

The biggest inconveniences for me would be having my antenatal classes cancelled, I would have to attend midwife check-ups alone, and my husband would only be allowed into the maternity building for the birth, but not be allowed to stay. Inconvenient, but not drastic or life-altering. All of it was just something we were going to have to adjust to.

Recently, I saw a video doing the rounds on social media that made me irrationally angry. A small group of people were being interviewed about their reasons for breaking and protesting the lockdown. Their reasons ranged from how the lockdown was a tyrannical attempt to take their freedom, to how it felt like living under a Nazi regime and how they feared people might suddenly start disappearing without warning. Add a conspiracy theory about 5G towers in the mix and I was ready to throw my phone across the room.

I couldn’t help but wonder if these people had spent their whole lives in a first-world, peacetime society, and if so, could they ever in their wildest, dreams imagine what a wartime lockdown is really like? Living through a wartime conflict is something that I have actually experienced, so let me tell you what it’s like.

I was born in Sri Lanka and spent my childhood and teen years growing up at the height of its very long and violent ethnic civil war. During this time, while the main conflict areas were situated in the North and East of the island, there were times – more than I care to count – where the unrest spread to the rest of the country, including the capital city and its surrounding suburbs where I lived.

Terrorist attacks and the resultant curfews, military checkpoints, and power cuts became commonplace – it was just something you had to get used to, and if you didn’t like it, too bad. Sometimes I think back to those times and it makes me sad how quickly we – as children and teenagers – became not just used to it, but somewhat desensitised – it was just a part of life.

One could argue that a war and a peacetime pandemic are two different kettles of fish, and maybe they are, but at the end of the day, they’re both trying to kill you. The former just tends to do it faster than the latter.

We were often shrouded in smoke from the candles and mosquito coils.

I remember 1989 both vividly and vaguely. I was only seven years old after all. We were under strict curfew for reasons I didn’t understand till much later: political unrest and violence had taken over much of the city, and mobs spurred on by racial and party tensions roamed the streets with the intent of dragging opponents out to kill them. Curfews were a futile attempt to keep people in the relative safety of their homes. We were only allowed out for a couple of hours each day to buy essentials.

I’ve seen people complain about having to queue outside supermarkets and maintain social distancing; people hoarding items needlessly even though there has been relatively no supply shortage. At least you’re still allowed to go to the supermarket. At least you have a supermarket to go to.

I remember how one day, during that 1989 curfew, my mother came in and said that rioters had set fire to the only supermarket in the area, which was a short walk up the road from our house. When it came to the two-hour relief time, we heard that the fire had burned itself out. The neighbours decided to risk a walk up to the market area to see what essentials they could get for the street to stock up on. Mum and I decided to walk with them part of the way just for a little exercise and fresh air.

I remember we’d only just passed our neighbour’s house when a group of men came running around the corner towards us. Everything that happened after is still something of a blur to me, but I recall loud bangs and flashes and clouds of smoke. I remember my mum snatching me up, putting her hand over my face, and dashing into the neighbour’s house straight to the bathroom where she poured water on both our eyes and faces.

There’s always that little voice at the back of my mind that tends to remind me: remember where you came from – it could be so much harder than this.

Years later I learned that a group of armed rioters, who were still roaming the area, had fired tear gas at us – a group of mostly elderly people, and families with children. We sheltered in the neighbour’s house for a few hours until it was safe to go back home. I never did learn if we managed to get food that day.

Other curfews came and went – the results of political assassinations, bomb explosions in school and financial districts, and attacks on public transport – some of which included consecutive days of power cuts. On the second day, my grandmother cooked all the food we had in the fridge and freezer, so it would last a little longer. We were often shrouded in smoke from the candles and mosquito coils. Whatever batteries we had were saved to power the small, portable radio so we could hear the news.

It’s all far cry from being stuck at home now, with internet and streaming services, and endless forms of entertainment at our disposal. I suppose having lived with much less than our technological luxuries, I’ve learned to adapt and not take these for granted, or complain about how stuck we are, because there’s always that little voice at the back of my mind that tends to remind me: remember where you came from – it could be so much harder than this.

No, this current lockdown isn’t fun. We miss our people. Some of our liberties have been temporarily suspended. I might not get to introduce our newborn to friends and family. But as I said before, these are all minor personal inconveniences that can be worked around thanks to technology.

To hear and read people liken this to a wartime curfew where even that was sometimes not enough to keep people safe, is an ignorant slap in the face to those of us who have experienced and survived worse.

Of course, this does not diminish the fact that real lives are being lost and people are undergoing financial burdens that have a detrimental effect on mental well-being, but for many of us, life has only been slightly altered and in no way can we draw comparisons to living through a warlike existence. Especially, when there are millions around the world who have lived through both experiences.

Lockdowns and curfews aren’t supposed to be convenient. They’re not holidays to be enjoyed. What they are is a way to keep as many people as safe as possible while the threat is contained and neutralised, and this goes as much for pandemic viruses as it does for more tangible threats.

Our blog content is always free to read but if you enjoyed this piece, we kindly suggest a small donation to Black Minds Matter UK Fund: https://uk.gofundme.com/f/black-minds-matter-uk 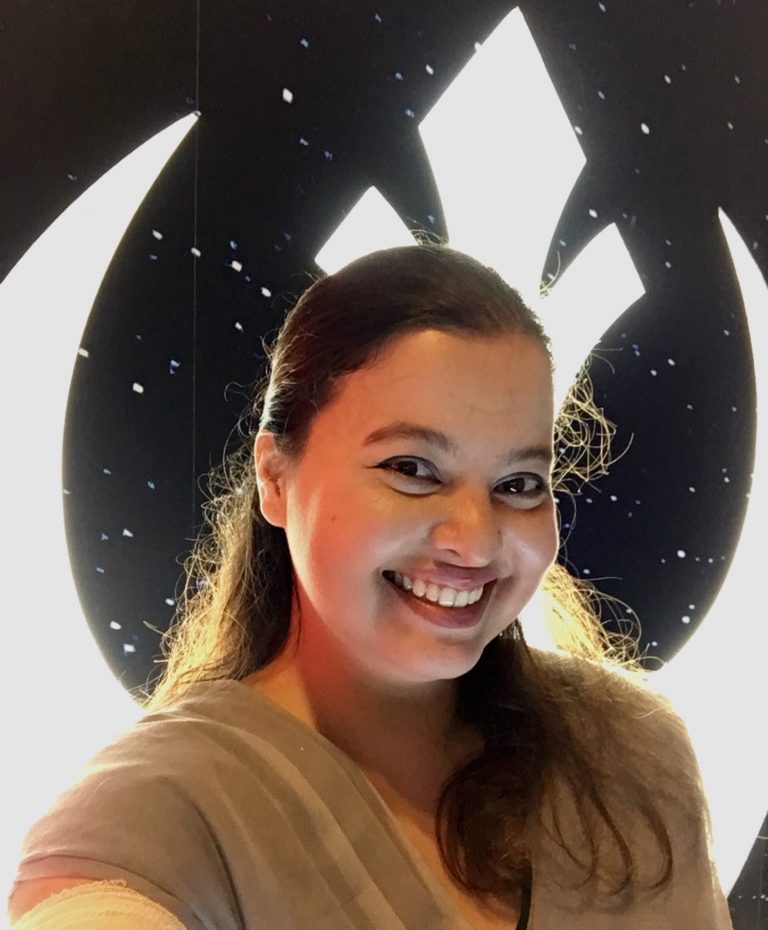 Jo Rowe-Tan discovered her love of the written word at age 15 when she started writing a variety of fictional short stories in leftover school notebooks. Since then, she has achieved a Degree in Journalism, and has contributed articles to various publications in Singapore and Scotland. She still writes fiction and fanfiction for fun, which you can find here:
https://archiveofourown.org/users/purajobot935