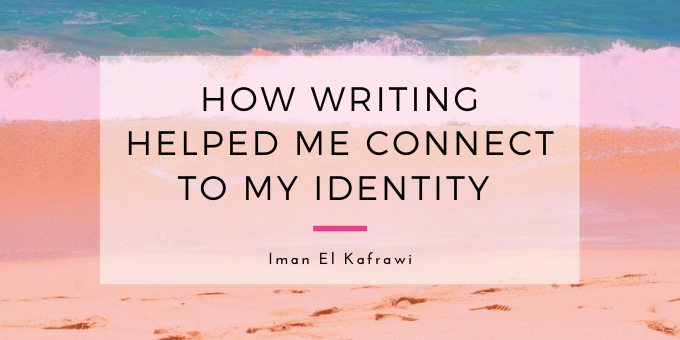 Born and raised in the Gulf* in the 1990s, as a queer Scottish-Egyptian hybrid, I felt torn between what I thought was two parts of me. I did not know if I was Arab, or if I was white, or if I was British – I was unsure what parts to claim.

I was often perceived as too Arab or not Arab enough and too white or not white enough. “So, where are you really from?”, people would ask.

I would hesitantly reply, “I’m half Scottish and half Egyptian”, emphasising that I’m half-half.  We’re asked to split ourselves in two, to align ourselves with one side more than the other. Truthfully, I never felt like I could claim any of these identities. I felt I had to prove myself and this I think, stems mostly from the desire to be accepted.

Throughout my life, I have felt disconnected from my identity. I don’t speak fluent Arabic and I have only been to Egypt once in my life, so I never felt Egyptian enough. I spent most of my time with my white Scottish family (who lived in the Gulf since the 1970s), and I was always closer to them. To make it more complex, I was born and raised in Doha. I was all these things, but I never felt like I associated with any of these places.

The way people perceived my identity was complex in itself. I would be praised by some of my Arab friends for being a ‘white girl’. Others would only see me as Egyptian, they would instantly erase the Scottish part of my identity. There were also the people who would fetishise my identity and the people who thought I was ‘exotic’. Little did I understand these were forms microaggressions.

This feeling that half of me was in one place, and half in another place, left me feeling like I didn’t belong anywhere. The concept of ‘home’ has always been complicated for this reason (and still is). When I look back, I see how hard I tried to fit into all these parts of my identity. I attempted to mould my identity based on who I was around and what they wanted me to be.

This feeling that half of me was in one place, and half in another place, left me feeling like I didn’t belong anywhere.

My perception of self and my identity got more complex when I started to consciously question my sexuality in my early teens. Navigating your sexuality in a heteronormative and homophobic country has its challenges and can be isolating.

I was living in an environment where the bodies and voices of women and queer people were (quite literally) erased.

What we consumed was the product of censorship. If you went to the cinema, sex scenes would be cut. If you perused the pages of Vogue, women’s bodies would be censored with a black sharpie – in a biology textbook the same thing would happen to genitalia. Sex education was non-existent and books were banned for their political, sexual or religious content.

These words planted a seed of hope. I began to see the possibility of using words as a tool to create change.

I’ll always remember the day when I (unknowingly) defied these rules.  At 9 years old, I watched my first queer film, called But I’m a Cheerleader. I picked it out at a DVD shop, presumably because I was drawn to the DVD cover’s pale pink aesthetic. When I got home, I started watching it and soon realised it wasn’t for someone my age. So, as any child would, the next time my friend came over to my house, I made her watch it with me. From then onwards, I would secretly watch it over and over again, making sure to rewind to the saucy bits. Without realizing it, I was experiencing a form of gender and sexual awakening for the first time. I look back at this moment and I see myself silently fighting against heteronormativity.

As a teenager, I felt like there was something missing. I didn’t relate to the television, books or media I consumed. This angered me and I became resentful of where I was from and where I grew up, which left me feeling more isolated than ever. I felt erased.

Scrolling through Tumblr, at the age of 17, I came across the comforting words of Toni Morrison and Maya Angelou.

“If there is a book that you want to read, but it hasn’t been written yet, you must be the one to write it.” – Toni Morrison

These words planted a seed of hope. I began to see the possibility of using words as a tool to create change. I knew I wanted to tell stories.

So, I did. At 18, I moved from Doha to London to study Journalism and this is when I started to confront everything I rejected for so long. I always believed that I would feel more at home in London (which I did), but I didn’t quite realise it was going to be the start of a journey of unlearning everything I had always known.

I began finding the voices I was always longing to hear. I discovered publications like Gal-Dem and AZEEMA, who were amplifying unheard stories of womxn and non-binary people of colour. I found the writing of Egyptian writers such as Mona Eltahawy, Sabrina Mahfouz and Nawal El Saadawi. I found both joy and comfort in reading the words of queer Arab writers who were, unapologetically themselves. I found hope in all the voices who were fighting for change.

Writing gave me a home, a community. I discovered fragments of myself which I hadn’t seen before. This journey was exhausting (and still is) but I began to celebrate my identity.

I ended up falling more in love with everything that I am and everywhere that I’m from.  I realised I could be Qatar-born, queer, Egyptian, Scottish woman, and that all parts of my identity should be celebrated. I am not half-half, I am whole.

Although words can hurt, they can also heal. And I hope one day, my words help someone out there feel seen and heard.

Our blog content is always free to read but if you enjoyed this piece, we kindly suggest a small donation to Black Minds Matter UK Fund: https://uk.gofundme.com/f/black-minds-matter-uk 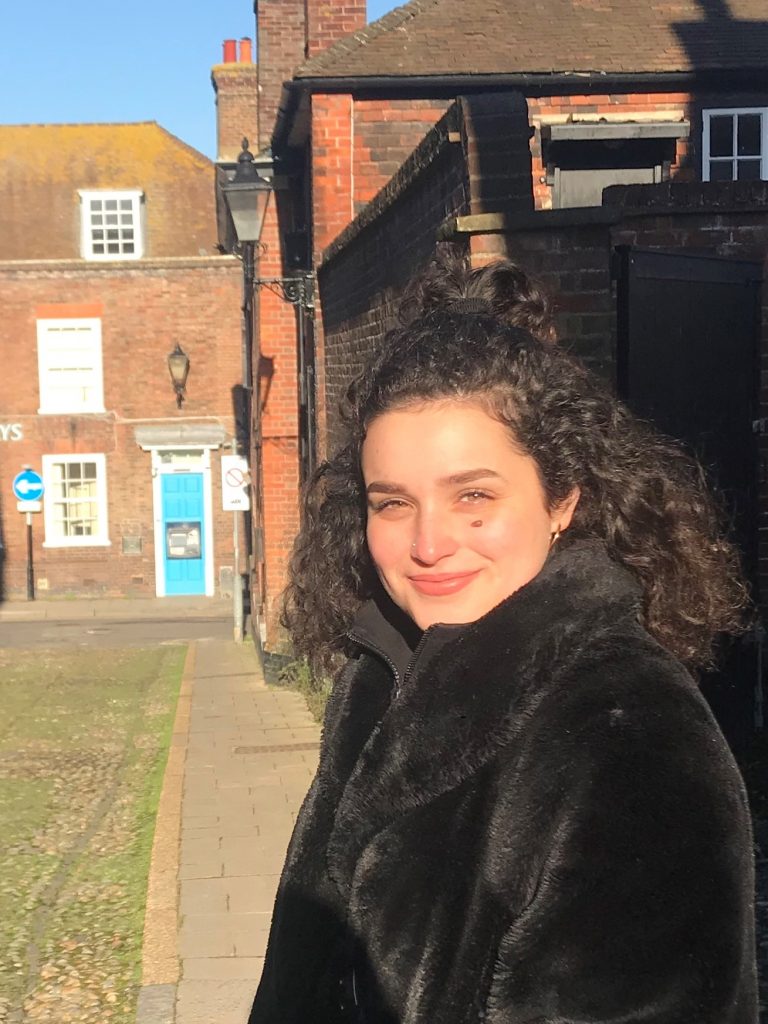 Iman El Kafrawi is a Queer Scottish-Egyptian hybrid, born and raised in Qatar. She currently lives in Brighton, working part-time as Digital Communications Officer at Brighton Dome & Brighton Festival. She is also a freelance writer, focusing on arts, culture, identity and queer culture.