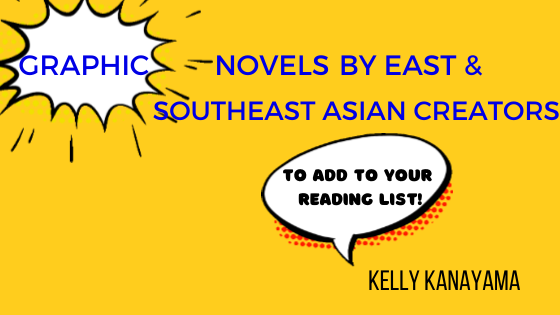 There are an ever-increasing number of East and Southeast Asian creators making excellent comics and graphic novels. It’s not all tragic memoir, either – as this list will show.

This list is an introduction to what else is out there. Although I’ve included a range of genres and styles, it just scratches the surface of the immense talent that East and Southeast Asian creators are bringing to the table.

If you like old-school pulp: The Fearsome Doctor Fang

What if Fu Manchu was the good guy all along?

That’s the premise of author Tze Chun and artist Dan McDaid’s The Fearsome Doctor Fang, which subverts the Yellow Peril trope through its title character, a masked Chinese mastermind who’s up to no good – unless you count trying to save the world. Chun deftly uses globe-trotting thrills and two-fisted action to interrogate a classic racist stereotype that props up so much pulp fiction and its modern-day descendants.

It must be noted that McDaid is not a person of colour; nevertheless, his bold, organic, larger-than-life art evokes a strong sense of mystical pulp adventure without ever falling into stereotype or Orientalism, and does so with panache.

I don’t want to spoil anything more about this book, since, as with any good pulp story, continual twists and revelations are part of its appeal. All I’ll say is that contemporary pulp would do well to take lessons from The Fearsome Doctor Fang. 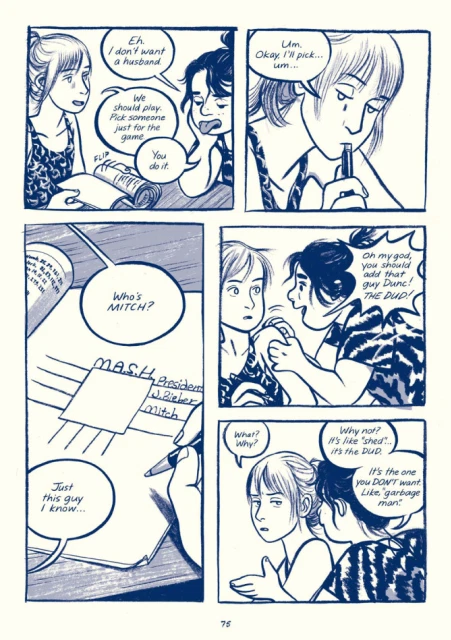 The phrase “coming-of-age story” might make you think of awkward teen romance, first-time sexual mishaps, or light Class B drug use.

In This One Summer, however, author Mariko Tamaki and artist Jillian Tamaki look at what precedes all that by exploring the experiences that prepare us to come of age. These are portrayed through the lives of Rose and Windy, two preteen girls on holiday with their families in a small beach town. As the summer unfolds, they talk about crushes, share thoughts about going through puberty, and befriend some local teenagers, whose cool exteriors hide deep, even life-altering struggles.

Watching Rose and Windy try to make sense of their observations reminds us just how much we depend on others to help us grow up and how often they can’t live up to what we ask. Here, coming of age is about the answers you don’t get, the dawning awareness of what is still unknowable.

Although creators and editors of colour are gaining prominence in many English-language comics genres, war comics remain an overwhelmingly white space.

If you like historical fiction and war stories: Nanjing: The Burning City 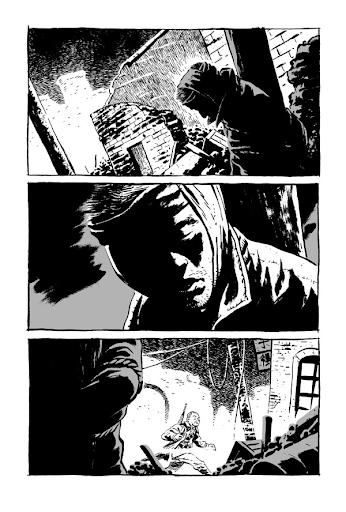 Although creators and editors of colour are gaining prominence in many English-language comics genres, war comics remain an overwhelmingly white space. Thus stories about global conflicts in the comics medium are usually told by white voices and through lenses of whiteness.

Author and artist Ethan Young’s Nanjing: The Burning City is a much-needed step away from that homogeneity. Set during the Japanese occupation of Nanjing, China during WWII, this war comic focuses on a Chinese army captain and his subordinate as they try to make it to safety in enemy-occupied territory.

Nanjing: The Burning City depicts war as a particularly human kind of hell. Here men standing up to evil die just the same as anyone else; showing kindness to an innocent person dooms another, equally innocent person; and holding on to human empathy might leave you rotting in a pile of nameless bodies.

This unflinching story wants you to know, and to remember. It emphasises that Nanjing, and the Japanese occupation of China as a whole, should not be a footnote to history but rather is itself history. 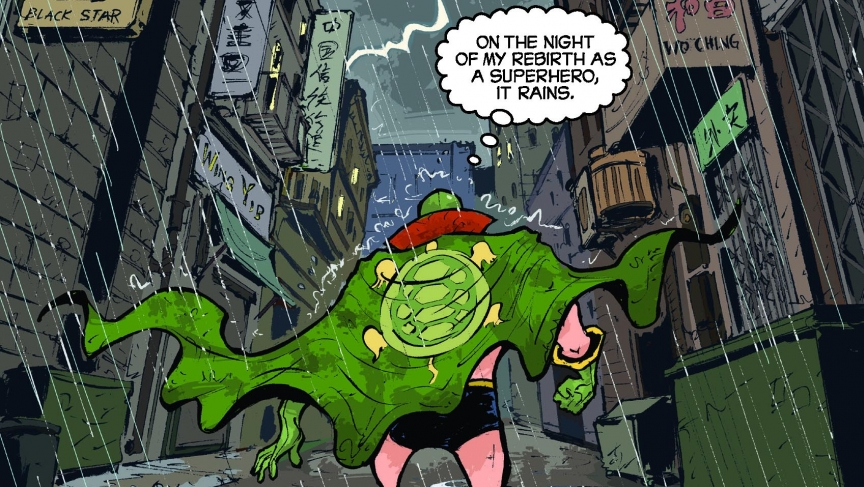 In the 1940s, Chu Hing, a second-generation Chinese artist born in Hawaii, created a new comic book superhero, the Green Turtle. Unlike other superheroes, the Green Turtle never showed his face to the readers; he either had his back turned or an arm blocking his face. Some comics fans interpret this as a quiet protest, arguing that Chu wanted to make the character East Asian, but was stopped from doing so by editors. As a result, the Green Turtle is sometimes considered to be the first Asian-American comic book superhero – which is foundational to The Shadow Hero, author Gene Luen Yang and artist Sonny Liew’s clever, heartwarming revival of the character.

Thus, while The Shadow Hero’s Green Turtle deals out justice with his mighty fists, he always goes home to his mother afterwards, who worries about him staying out so late at a dangerous job. She also packs him home-cooked snacks before he goes out on his nightly patrols; he may be a superhero, but he’s still her son, and he has to eat!

His racial identity also comes through in Yang and Liew’s presentation of a more culturally East and Southeast Asian model of community. In contrast to, say, Batman, the Green Turtle doesn’t have to learn how to let others into his life, because he comes from a culture where collectivism is the norm. Here, heritage, creative influence, insight and humour come together to create a superhero like you’ve never seen before. 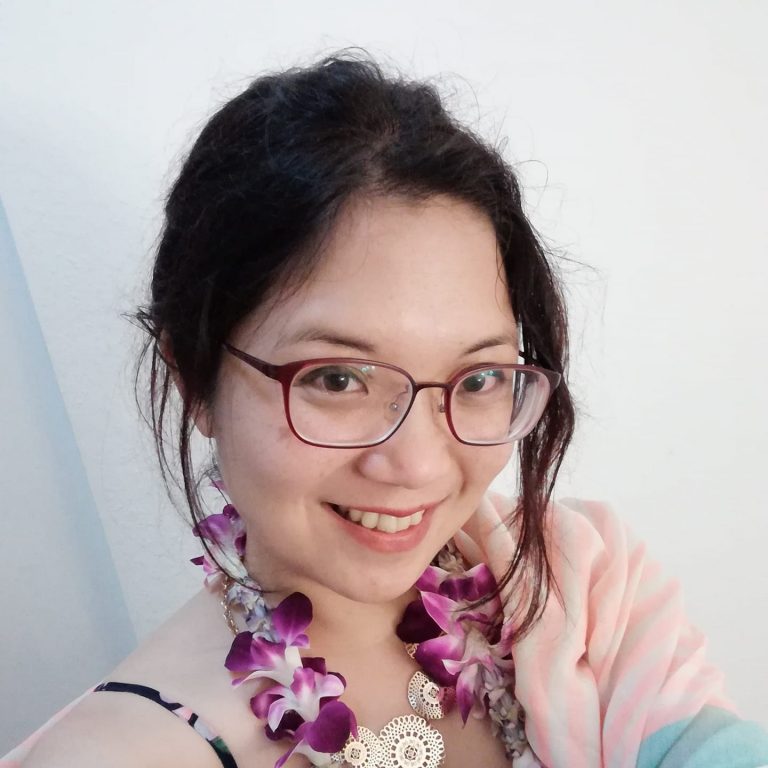 Kelly Kanayama is a pop culture and comics critic with a PhD in comics research. Born and raised in Hawaii but now living in Dundee, she has written for The Independent, Media Diversified, Bitch Media, and Nerdist, among others.