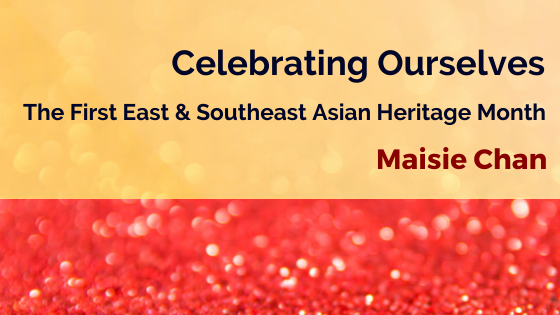 The first time I was paid as a writer was back in 2007. I’d had a handful of short stories and micro fiction published at the time, but nothing substantial. It was for a gig at Birmingham’s Black History Month which was in October. I got £50 for reading some of my short stories. Now, I did query the request for my presence by Birmingham City Council at the event, as I am not black. But I was told that Black History Month included celebrating Asians and other people of colour in the city. I was like ‘okay’. It felt a little bit like the term BAME (Black, Asian and Minority Ethnic) – something that I had to accept at the time but knew it didn’t quite explain my identity or which community I represented or that represented me. It was a feeling that all marginalised people were being lumped together. However, like Black History Month and BAME, how I identify is not really seen as part of those categories in the U.K.

I am ‘Asian’ by heritage (my parents are Chinese and Hong Kong/China is in Asia) but am not deemed ‘Asian’ in the U.K. and I was part of the ‘Minority Ethnic’ instead in BAME. This, of course, is different in the U.S. where ‘Asian American’ heavily infers an East Asian heritage and often South Asians are left out of those conversations and spaces. It also highlights that they are just labels that we use to navigate certain spaces even if sometimes we don’t always like those labels. So back then, I went along with it and was happy to appear and speak along some other local Birmingham writers of colour. But where was the heritage month that included me? In the U.S. May is Asian American Pacific Islander Heritage Month , and I imagine that a few people looked across the pond and wondered why we didn’t have such a thing here. There is still no official East and Southeast Asian (ESEA) Heritage Month here in the U.K., but this September we’ve created our own, unofficial celebration.

We’ve historically been invisible, the seemingly ‘quiet’ minority. Since the beginning of the pandemic, we have faced a growing tide of hatred. The latest rise in anti-Asian, sinophobic racism and xenophobia was fuelled by people like Trump using ‘kung-flu’ and ‘China virus’ – however, bigotry is not new; it was never far away. Less than a decade ago, when I was pregnant with my second child, I was verbally abused in my hometown by teenage boys who called me names as they walked past. I was a 37-year-old woman minding my own business. A decade or so before that, I had been spat at my new neighbours and told to ‘go back to China’. We never forget those times of trauma.

For me, ESEA Heritage Month is a way to turn that around and to celebrate the skin I am in, the life I have led and my own existence as someone of British Chinese heritage – and to say to those who have made comments or called me names I am here. I belong. I exist. For all of us, it’s a time for collective recognition of our lives in the U.K. We’re here. We belong. We exist.

ESEA Heritage Month was started by the social commentators and activists BESEA.N, a grassroots collective of mainly British ESEA women who decided during 2020 that something had to be done to counter negative portrayals of ESEA people in the U.K. It’s going to be a celebration of East and Southeast Asian culture, art and community which will be by the community and for the community. Celebrating certain months, weeks and days can often be seen a marketing thing these days. Companies declare themselves LBGTQIA+ friendly during June and slap rainbow flags outside supermarket windows or onto their products. Some complain about the co-opting of these once special days and months of celebration that began with grassroots celebrations of identity and culture. However, I think there is something said for a community rallying around and creating its own month of celebration  and this is what is happening this September for the first ESEA Heritage Month.

One of the focuses of many ESEA organisations is supporting ESEA businesses and creatives. We see many Asian eateries open with no ESEA management or input, Asian food being co-opted by non-Asians – there was recently an outcry about the white woman who said she had improved the East Asian dish congee! But we’re seeing more and more calling out of this kind of appropriation on social media. There would be a risk that an official ESEA Heritage Month might be a way for corporates to gain access to another demographic, but I think because that demographic is widely diverse, there is less ability to do that, than, say, Chinese/Lunar New Year, which seems like it has been monetised and commonly seen as a cultural celebration.

ESEA Heritage Month will not be ‘official’ – although BESEA.N did put forward a petition during the pandemic to get the Department of Culture to recognise it as such – but it will be ours for now.  I don’t know what the plan would be if the petition fails. Perhaps we carry on at grassroots level? ESEA as a term is itself still in its infancy and influx and maybe part of the issue, with non-profit ESA Scotland making a statement that they left out the ‘E’ as they prefer Southeast Asian with a small ‘e’. I think because the movement is in its early days, there will be more growth but the pace might be slow. My own bugbear is the word ‘oriental’ which is outdated and othering. It’s still used by the U.K, police and other institutions, as well as within the community itself. I prefer ESEA and BESEA which have been in use just over a year.

I’m excited to see a month where ESEA cultures will be seen less as a British Chinese monolith, and instead as a celebration of the diversity within the ESEA community. For too long, the only celebration was ‘Chinese New Year’ which, many people pointed out this year, was actually a Lunar New Year which was celebrated by more than just Chinese people. Why do we need a month to celebrate ESEA communities and people in the U.K.? Not everyone is Chinese and not everyone celebrates Lunar New Year. It will showcase groups, artists and individuals from our varied communities and we can see people who look like us doing amazing things, rather than people who look like us being blamed for Covid-19.

One of the positive things that I think will come from having an ESEA Heritage Month is that perhaps members of the ESEA community will begin to realise that we can celebrate being a diasporic community and choose how to celebrate that uniqueness without regurgitating the model minority stereotypes  or having to rely on outside organisations for permission. Many BESEAN people have internalised much of the model minority stereotype, not wanting to be seen as troublemakers, and much of the expression of who we are is filtered through restrictive moulds pre-approved by those in power or filtered through a white gaze of what we should look like, act and project of ourselves. I’ve read books where Chinese food has been deemed as gross and English food as ‘normal’. I purposely wanted to do the opposite in my novel Danny Chung Does Not Do Maths, which is a homage to those working hard in the food industry. Even though it’s for children, I sought to reject some of the common stereotypes such as ‘all Chinese people are good at maths.’

As part of the ESEA Heritage Month celebrations there will be talks, stalls set up to help ESEA businesses, theatrical performances and much more. For ESEA writers, check out Bubble Tea Writers Network – an informal online space for ESEA writers in the U.K. that I established in 2018. It came about after I was annoyed at seeing a huge lack of ESEA writers in the U.K. and the people who seemed to be getting the funding to encourage ESEA writers, specifically British Chinese writers, which excluded many other ESEA writers such as those with Japanese, Filipino, or Korean heritage. Those writers exist because I know a lot of them. The network is supporting three online talks in partnership with the British Chinese Society, Lantern Books and Hackney Chinese Community Services: Yen Ooi and Mia Chen Ma are hosting a SFF writers talk over lunch; I am chairing the BESEA kidslit panel with Kimberley Pauley, Eva Wong Nava and Natelle Quek; and author Winnie M Li is in conversation with guests that include Melissa Fu.

I’m excited to see discussions about our place in the U.K. as diaspora writers: a heterogeneous group of artists who have a variety of experiences and voices. It’s the first time I’ve set up panel talks with all ESEA writers, and we’re so excited to have panel talks where we won’t be the token ESEA person talking about diversity. Hopefully this ESEA Heritage Month will be the first of many!

For more on ESEA Heritage Month, check out the #ESEAHM hashtag on Twitter and the full programme of events here: https://www.besean.co.uk/eseahm-programme-2021 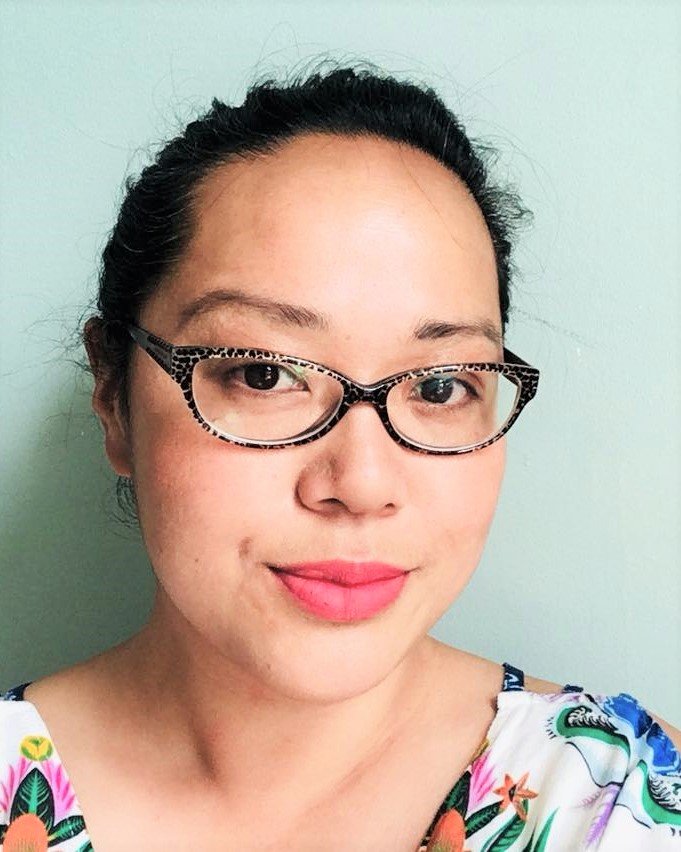 Maisie Chan is a British-born Chinese author based in Glasgow. Her debut novel DANNY CHUNG DOES NOT DO MATHS is published by Piccadilly Press. She has also been published by Scholastic and Hachette. She was lead writer for The Big Think: a well-being curriculum based around stories for primary school children. She started the group Bubble Tea Writers to support and encourage new British East and Southeast Asian writers in the UK.