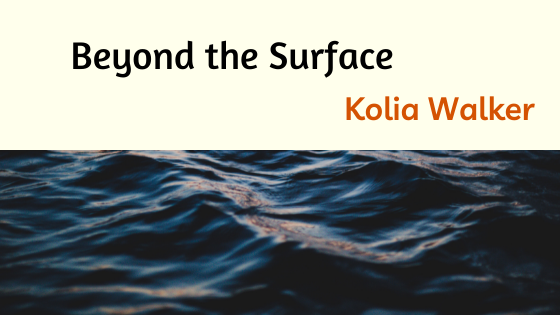 Since I gave birth, I regularly dream the same dream: a younger self swimming into the waters of the Scottish sea and hearing voices of having a baby in a country that feels nothing like home. As I enter the freezing water, I relive my traumatic pregnancy and postnatal depression. Soon my swimming eases my mind and calms my body.

Being in the wild and facing my fears is helping me find healing.

If you ask ten people where they come from, you might get ten different answers depending on their lived experiences as Black people, where they live, and a myriad of other factors. It appears to be a deceptively simple question, considering how complex the question actually is and how subjectively it can be interpreted.

Sometimes I feel the story of my life could make the script of a Netflix series. A young Black woman, is excited about the arrival of her baby but she soon begins to notice that things have changed. At times she feels like she is alienated from her pregnancy, her baby, and asks the question, ‘What about me?’ All her worries about deteriorating mental health and perinatal depression are downplayed by the doctor she visits. Away from what she considers ‘home,’ she attempts, alone, to find answers to her questions. This journey helps her learn that, despite her feelings, being a mother opens up new conversations. Being in the wild and facing her fears can help her find healing.

There is not much documented when it comes Black female experiences of how it feels to encounter the ‘medicalised’ disconnect between physical and mental health and how Black female patients are often seen. As a Black mother going through periods of depression soon after giving birth, I felt completely lost and alone in the experience. I was very aware of my passive role in being diagnosed and treated. Imagine for a second the contrast: the white, patriarchal, stern voice of medical science with the ‘sensing’ voice of a Black patient with a lived experience.

As a society, have we reached the threshold of (in)visibility to differentiated treatments with white male doctors and Black experiences of accessing healthcare?

Numerous Black community interventions ask us to reorient our perspective in ways which speak to the medical humanities. For anyone who works in race and medicine, who exactly is the audience? How can we make visible issues around race in largely white academic spaces?

Let’s admit it: Black workers in health and care have often felt invisible. Although you have a uniform to identify you as being a qualified person, some medical staff will come to the ward, look at you and look at the white student nurse, and almost always go to them for information. Are they invisible? That kind of thing happened a lot, in the account of my sister working as a nurse in a community hospital.

Accounts of Black health complicate histories of medicine and ask those in medical professions to consider textual forms which go beyond memoirs or novels. Many of these voices emerge in works designed to help Black people whose experiences are discussed within them. They draw attention to housing, work, racism and encounters with the police as central to Black health.

Black voices, in film, literature and art have often been labelled documentary and political, rather than literary and theoretical. This might explain why they have been invisible in the academic world, and in medicine. We need to understand Black forms of expression on their own terms. The medical humanities could expand in orientation, so that what is visible are not only Black people’s stories and forms of storytelling, but how whiteness becomes invisible in order to operate as a structure of power.

Offering a vivid example with my personal account, Blackness is a particular embodied and politicised experience of being in the world which has consequences for how health is experienced. I strongly believe that we need spaces where we can discuss genuine responses to Black health which don’t fit disciplinary norms or generic categories. Just as I swam unaided through institutionally racist and patriarchal healthcare environments, there are numerous others who share difficult journeys and succeeded, against all odds, to find healing. Starting to look beyond the surface and listen to Black voices, the medical establishment would be a first step to find healing as the collective body of a society. 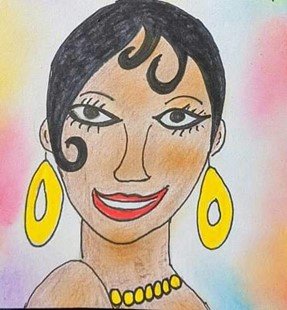 Kolia Walker (pronouns: she, her)

My identity is multifaceted and intersectional. No one part of me is separate from the other. Each one comes with its difficulties, but the beauty always wins. Being disabled has shown me how strong and resilient I can be, while also reminding me of the importance of kindness. Being an immigrant has taught me fortitude, focus, and courage, and shown me the love of brotherhood and connection. Being a flawed human being has taught me patience and perseverance. While in many ways, it has forced me to leverage my tenacity and strength, even when things get particularly challenging.

Credit to Ioan Chusa, access consultant based in Glasgow.