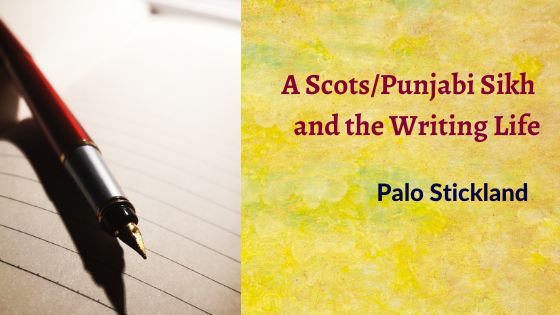 A Scots/Punjabi Sikh – what does that mean?

I was always the Sikh part from birth. During the first five years of my life in Punjab, I watched the men in my family wearing colourful turbans. On the days when they washed their long uncut hair, the turban would be spread in the sunshine to dry. When opened up, the turban consisted of a five by three-foot piece of fine muslin. I would watch as my uncle combed his hair from front to back and tied a knot at the top of his head. However, my aunt tied her hair in a bun at the nape of the neck.

My father left Punjab to find work in his trade of turner-engineer soon after I was born. He settled in Glasgow. Living in Scotland in the ’50s drove him to become a sahajdhari (one with cut hair) Sikh. When I met him as a five-year-old at Heathrow Airport, I hid behind my mother. This man in a long wool coat, trilby hat, and without a beard could not be anyone we wanted to know.

In Glasgow, the first Sikhs set up a gurdwara (guru’s house) in a top-floor tenement flat in the rough Gorbals area. It was there that I first wrote the Punjabi script of the Sikh holy book, the Guru Granth.

I learned how to live in my new country from the children in the street. We had no key for the garden at the front of the tenements, so we played in the back greens or on the road; there were very few cars, and the summers seemed longer than nowadays. It was like a small village in that everyone knew and helped each other. I watched the older girls go shopping for the busy women and did the same in later years. The girls shared their copies of Bunty with me, and I read them sitting on the pavement. We played and sang songs oblivious to the racism which pervaded the adult world.

Coming from rural Punjab to city-centre Glasgow was a shock, though I have few memories of that time. Eight years later, I returned to Punjab, not knowing if I’d see Scotland again. Gratefully, I was back within two years and began what seemed a new life.

At school, I won a writing prize – a fifty-pence record token. I bought two 45 rpm records – ‘She Loves You’ by The Beatles) and ‘It’s All in the Game’ by Cliff Richard. Soundtracks of the ’60s. I believe that life is indeed a game and all we do need is love.

My parents proceeded to inculcate the adult world of Scots/Punjabi Sikhs and found a man in Punjab to marry me. I spent many years in the world of the home playing the role of a good Sikh woman.

As my father had done before me, I cut my hair. My Scots/Sikh work ethic kicked in, and I followed a career in education, only turning to write when retirement loomed on the horizon.

My writing plans began with a bout of imposter syndrome – was I able to do this?

I was always a keen reader. The beginning of ‘The Satanic Verses’ was a revelation to me. Salman Rushdie wrote in Hindi and English, made references to Bollywood films I knew and was so funny.

The background of the Cambridge educated author further served to knock my self-esteem. I was determined to try to write as well as I could and completed several short courses, a post-grad degree and a diploma in Creative Writing and felt a lot better. I could do this, I thought. I wrote my first book, choosing to send my work to the publishing arm of The Asian Writer. Who else would understand my story but someone from the sub-continent? Farhana Shaikh published my family saga, and I was happy.

With my second novel, I tried self-publishing and relished the sense of achievement that brings.

All this time, I did not join an established writing group. I knew there would be no one there who was like me. I wrote with a few friends I met at The Open University. Together, we published two anthologies of short stories. My work straddles Scotland and Punjab with characters who are either Punjabi or have Indian values.

I met someone I could relate to as a writer. A fellow Scots-Indian, a former teacher who had spent her formative years in Madras/Chennai, became my writing buddy. We talked about setting up a Scots-Indian writing group but didn’t know any writers who would be interested. Eventually, we organised meetings at our local Waitrose Community Room and invited writers we knew. We called our group Pens&Quills, and in the first year, we grew our membership from the two of us to eight. I presented our first study session called ‘How to Write a Book in a Month’.

We changed our name to Bearsden Writers to reflect our local area.

Buoyed up by our success, we opened a bank account during our second year. We agreed on a constitution, set up a group committee of five members, collected a modest membership fee and grew to twenty-three writers writing together. Year three ended last month, and this year our members paid double, i.e. £10.00. We paid for extra time on Zoom and met fortnightly. At our first AGM last month, thirty members ratified our accounts. We expanded our constitution and celebrated our achievements over the year.

We received a grant from East Dunbartonshire Arts Council to organise an event for our local community. Covid regulations may mean that we present our day of writing workshops online, but our preference is for a face-to-face event at Milngavie Town Hall on August 21st.

With a little bit of time and effort, we have come a long way – two Scots Indian writers trying to make a difference in our local writing world. 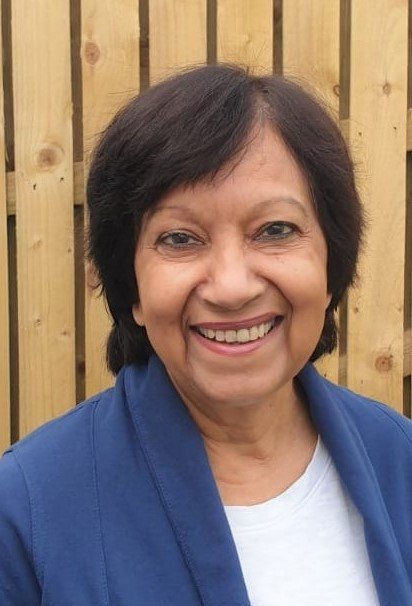 Palo Stickland is the author of a fictionalised family history which covers Scotland in the 1950s and Punjab from 1906. Also, a novella set in Scotland and Turkey and an anthology of shorter works. She is Inclusion Officer with the Scottish Association of Writers. She began blogging in 2013.